When Turner Sports reached a seven-year rights deal with the NHL in July, the thought of a new opportunity never crossed Paul Bissonnette’s mind. He was still under contract as the Coyotes pregame and postgame television analyst, he had other business ventures, and his Spittin’ Chiclets podcast with former Penguins’ teammate Ryan Whitney was thriving.

“I was so focused on what was going to come next in growing our own brand and there were so many jobs that were being lost with NBC not doing the NHL anymore that I just figured they would just kind of fill in those spots with those guys,” Bissonnette said.

“You know me. I like to do my own thing. I’m not really a network kind of guy to begin with because of what people in the past would be allowed to talk about and joke about. NBC was a little bit more stale so I wouldn’t have found much enjoyment in doing something like that.”

Soon after the announcement, however, Bissonnette got an email from Turner Sports asking if he’d be willing to come in for a tryout.

“I thought it was Whit’s buddy Foley pranking me so I was a little wary,” he said.

It wasn’t. Turner wanted Bissonnette, and it wanted the unsanitized version whose popularity has skyrocketed. He came in for a couple of trial runs alongside Anson Carter and Liam McHugh, he got a phone call shortly thereafter and just like that, Bissonnette became a part of TNT’s star-studded studio crew that also includes hockey icon Wayne Gretzky and former player and coach Rick Tocchet.

With Gretzky, Tocchet and Bissonnette, the TNT studio features three personalities with deep ties to the Coyotes. Gretzky was the franchise’s managing partner, head of hockey operations and coach from 2000-2009. Tocchet played for the Coyotes from 1997-2000, he was an assistant coach with the team from 2005-06, and its head coach from 2017-2021. Bissonnette played for the Coyotes from 2009-2014, and joined their broadcast crew in 2017.

Tocchet and Bissonnette will be in Turner’s Atlanta studio when the Coyotes host the Minnesota Wild at Gila River Arena at 8 p.m. on Wednesday (10 p.m. for them). Gretzky will be out of the studio for the next few weeks, missing one of two Coyotes appearances on TNT this season.

“We’ve all got a little bit of Coyote in us,” Tocchet said, laughing. “It’s kind of crazy that there are three of us, but it’s going to be fun to be able to do one of their games where we don’t have to talk about the losing streak. I’m so glad they won so at least we can be a little more positive.”

Tocchet knew that broadcasting was a possibility when he and the Coyotes parted ways last summer. He was still interested in coaching and he was a finalist for both the Rangers and Kraken jobs, but he turned down a pair of assistant coaching opportunities in Toronto and Pittsburgh to join the booth for the 10,000-foot view of the entire league.

“It’s an opportunity to stay in the game, learn more about the game and reinvent yourself,” Tocchet said. “I think that every year, coaches have to hit the refresh button on something. You can’t bring the same thing to the table every year. You’ve got to learn new things because the game is always changing; players are always changing.

“I played all these different roles as a player. I’ve been a first-liner, a second-liner, a third-liner, a fourth-liner and I have been that guy that has not dressed; a healthy scratch, so I think I know everybody’s psyche, but I also have a coach’s perspective. Let’s face it, everybody likes to criticize coaches, but sometimes it’s not the right place for criticism, so I can give that perspective and say, ‘Hey, here’s what the person is dealing with. This is the reality of the situation.’”

Each of TNT’s personalities brings his own skill set. Carter waded into difficult waters recently when he discussed the Blackhawks scandal and Kyle Beach’s ordeal. McHugh conducts the orchestra with a skill that Bissonnette calls vastly underrated.

“I don’t know how people drive the bus like that,” Bissonnette said. “That would be the hardest job to do with all of us anyway, and then you’ve got the guy in your ear telling you what you have to do, time-wise.”

Bissonnette and Tocchet have both tried to loosen Gretzky up publicly. As the game’s greatest ambassador, Gretzky faces enormous pressure to do and say the right things, but Tocchet said that when the camera is off, Gretzky can chirp with the best of them.

“He ripped me a couple times,” said Tocchet, who has been close friends with Gretzky for years. “He had a great line the other day. I made some analysis and a couple of guys didn’t agree with it so Gretz says, ‘That’s why you’re on the panel. That’s why you’re not coaching anymore.’

“Then Biz had like a 10-second take on something and Gretz goes, ‘That’s probably as long as your shifts in the NHL.’ I told him that’s the stuff he needs to say when the red light is on.”

Bissonnette didn’t know Gretzky before the TNT job, but he sits next to him on the set and the two are starting to develop chemistry.

“I had heard what Wayne was like behind the scenes and now, getting to know him, he’s just like a regular guy who loves telling stories and loves the game and has a great memory,” Bissonnette said. “I just want to make him feel as comfortable as possible.

“I have the least amount of credibility up there so I don’t mind being the punching bag. That’s kind of how I was in the locker room with Yands (Keith Yandle) and Doaner (Shane Doan). I’m going to try to make serious points, but I’m also trying to egg him on and get him to chirp me to show people that he is just one of the guys. Wayne is so valuable; he’s such a big asset to the game. I just kind of want him to shine and I think he’s been crushing it since he hopped on.”

Both Bissonnette and Tocchet said that TNT’s “almost overstaffed” crew makes things easy on them, whether its producers, camera staff or support staff. What they really love about TNT’s approach is the goal of replicating the NBA model where another guy with deep Valley ties, Charles Barkley, regularly holds court.

“You’re trying to draw people who were otherwise not following the sport, so what fun can you extract from it where the casual person might be flipping channels and be like, ‘Who are these characters that these guys are talking about?’” Bissonnette said. “I don’t think it’s to the extreme level of the NBA because hockey culture is different, but ultimately, I think people are very much dialed into the personalities, more so than the actual games themselves. They do a really good job of drawing all that out and joking about it.”

Tocchet said that little about TNT’s approach is scripted, which allows him to approach analysis the same way he did with reporters after games.

“You’ve got to be somewhat articulate and you can’t be afraid to say your point, but you can’t be too negative or too opinionated,” he said. “I think you have to be smart in the way to do it.

“There’s a learning curve for me. I think I’m still raw, but I’ll tell you what, I love the way TNT teaches it for rookie guys like myself and Wayne and Biz. They don’t want you to overprepare. They don’t want you to structure your thoughts and opinions. They really don’t tell you sometimes what they’re going to do. They love the spontaneity in the program, and they don’t really get upset if it doesn’t turn out the way they want.”

It has only been six months since Tocchet and the Coyotes parted ways, but he is already comfortable in the broadcast setting and he said that there is no discomfort with having to analyze one of Arizona’s games.

“I would feel really weird if this happened a couple years ago and a lot of the guys were the same, but there’s been a lot of turnover so it’s not too weird,” he said. “I’m actually kind of glad they’re on a little bit of national level TV. Obviously, they’re not going to get a lot of it, but it’s kind of nice to see. Whether I’ve coached or played, I’ve been an Arizona a total of seven or eight years. I love the city; phenomenal city, and at the end of the day, you want that franchise to be successful. I want to see them do well.” 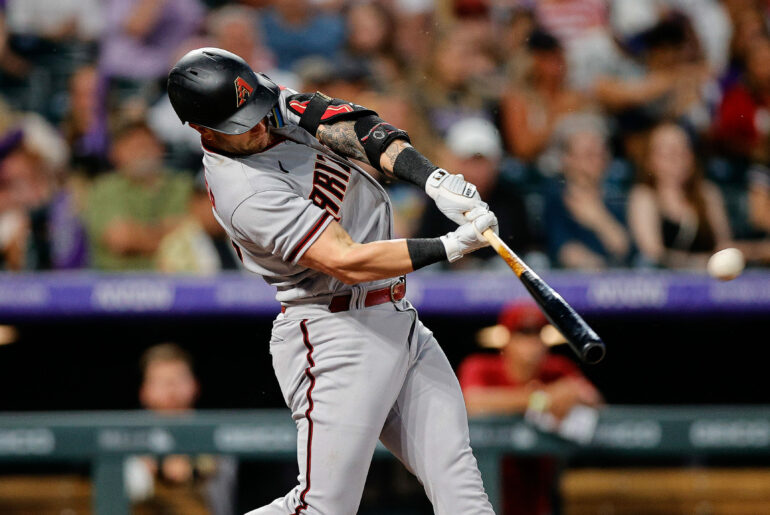 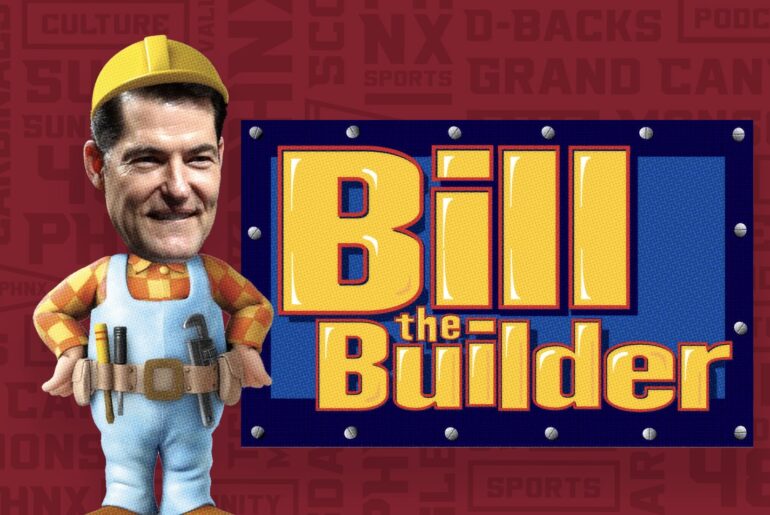 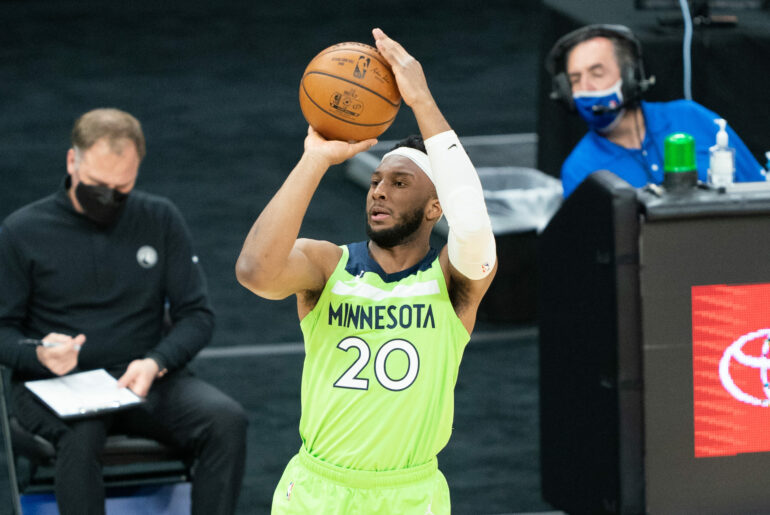