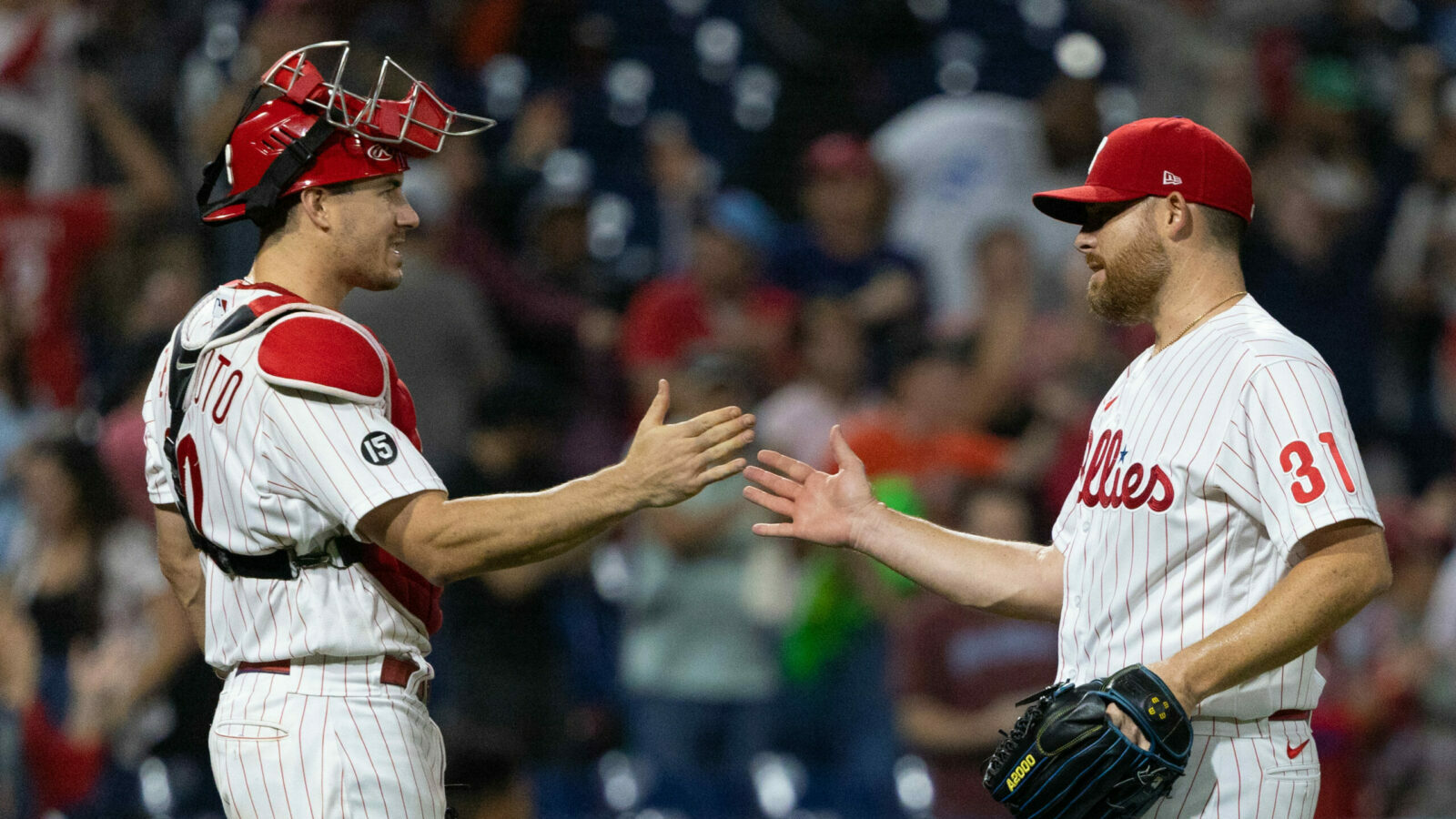 In a late-night rush of early 2010s Sedona red nostalgia, the Diamondbacks are reportedly bringing back former ace Ian Kennedy on a one-year, $4.75 million deal with $2.35 million in incentives, according to Jon Heyman and Ken Rosenthal. Kennedy threw 56.1 innings with the Rangers and Phillies last year, posting a cumulative 3.20 ERA, 1.10 WHIP, 62 strikeouts, 17 walks and 26 saves in 30 opportunities.

It has been nearly a decade since the now 37-year-old Kennedy last donned a Diamondbacks uniform, and it should come as no shock that Kennedy is a much different pitcher now than he was then. Understanding what has changed will help paint a clearer picture of what to expect from Kennedy in 2022.

For starters, Kennedy is a reliever now. That happened in 2019, when the Kansas City Royals thought they could maximize their five-year, $70 million investment by turning Kennedy into a backend reliever.

Kennedy’s stuff improved significantly, including a 2.5 MPH bump in fastball velocity (from 91.9 MPH to 94.4 MPH) and increased spin rates across the board. Those improvements spoke loudly on the field. In 63.1 innings in 2019, Kennedy posted a 3.41 ERA, 1.28 WHIP and 73 strikeouts against just 17 walks as the team’s primary closer.

As converted starters often do, Kennedy simplified his pitch usage. When he last pitched with the Diamondbacks in 2013, Kennedy’s arsenal was massive. He threw each of five different pitches more than five percent of the time:

After converting to a reliever in 2019, Kennedy essentially cut his arsenal down to three pitches:

Then again, hardly anything went right for Kennedy in 2020, as was the case for many pitchers in the pandemic-impacted season. Kennedy posted an unsightly 9.00 ERA and 1.79 WHIP in 14 innings; a small sample.

That brings us to 2021, when Kennedy tinkered with his arsenal again. His best pitch has always been his high-spin four-seam fastball, which landed in the 87th percentile last year with an average spin rate of 2,427 revolutions per minute. At an average of 94.1 MPH, it’s one of the better heaters in the game.

According to Baseball Savant, Kennedy’s 82.5 percent four-seam fastball usage rate ranked third in the majors in 2021 (min. 500 total pitches) behind only Jake McGee and Richard Rodriguez. To make room for more fastballs, Kennedy’s curveball and cutter took a backseat.

When throwing the heater, Kennedy generally targets the top of the strike zone. That makes sense, given his spin rate and velocity. When elevated, it’s very hard to hit.

As far as strikeouts are concerned, throwing more fastballs worked well. His 27.1-percent whiff rate on his heater was the highest mark of his career. The fact that hitters still struggled to put the pitch in play regardless of how often it was being thrown is a testament to how nasty it really is. Kennedy also posted a career-high changeup whiff rate last year. Ultimately, he managed an impressive 27.2 percent strikeout rate, which trails only his 2019 mark of 27.4 percent as the best of his career.

There are also disadvantages to relying so heavily on one pitch, particularly when that pitch is consistently located up in the zone. Kennedy posted a 23.3 percent groundball rate last year, which was the lowest of his career by a significant margin (excluding his 2009 season with the Yankees in which he threw one inning). On top of that, he allowed a dangerous 47-percent hard-hit rate on his heater last year, and his overall hard-hit rate ranked in the 10th percentile across the league.

Kennedy’s combination of fly-ball tendencies with a high hard-hit rate is a recipe for the long ball, and that has been a struggle. In 56.1 innings last year, Kennedy allowed 12 home runs.

There are a few other warning signs to note in Kennedy’s peripherals. First, he posted a 91.1 percent strand rate (meaning that he stranded 91.1 percent of the baserunners who reached against him). That was the second-highest strand rate in baseball last year (minimum 50 innings). That number will fluctuate from year to year, and will likely land closer to his career figure of 74.3 percent.

Second, Kennedy posted a career-low BABIP (batting average on balls in play for opposing hitters) of .244. Even in his successful 2019 campaign, Kennedy’s BABIP was .343, and his career BABIP is .287. Again, some regression to the mean should be expected.

There’s a big picture here, however. The Diamondbacks have two bona fide closers on the roster before Opening Day. It’s more than they’ve been able to say about the bullpen for a long time.

Scouting series: A look at the Coyotes’ U.S. amateur staff 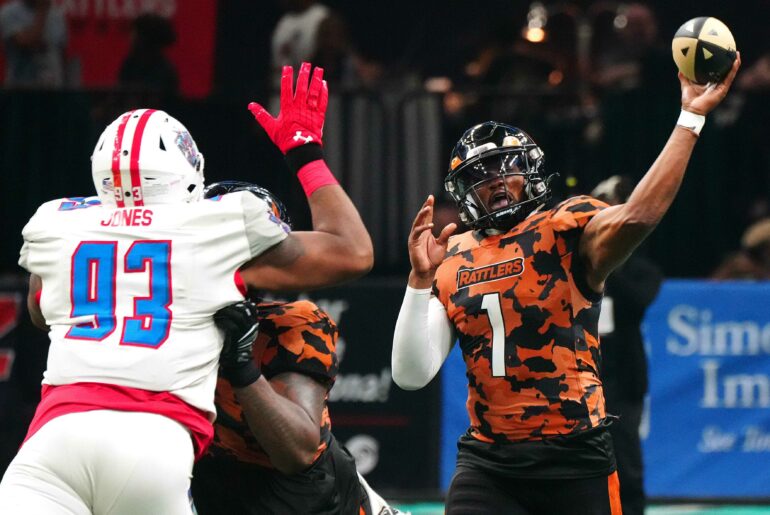 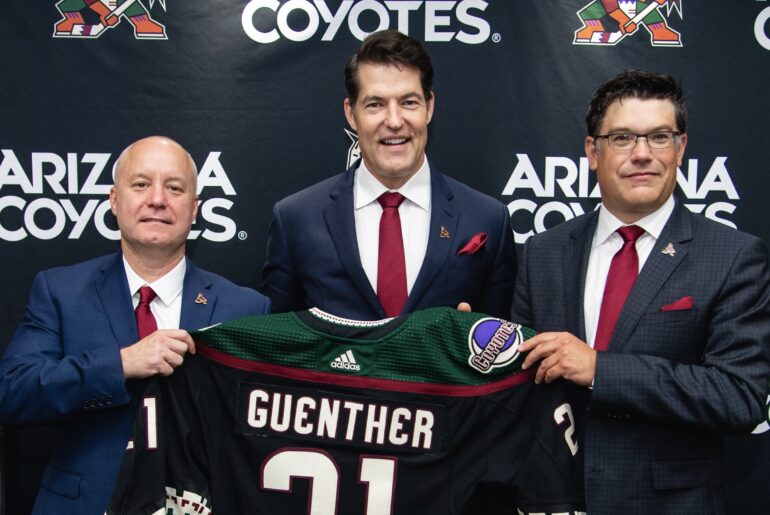 A Coyotes and NHL Draft primer: What to know as the league convenes in Montréal