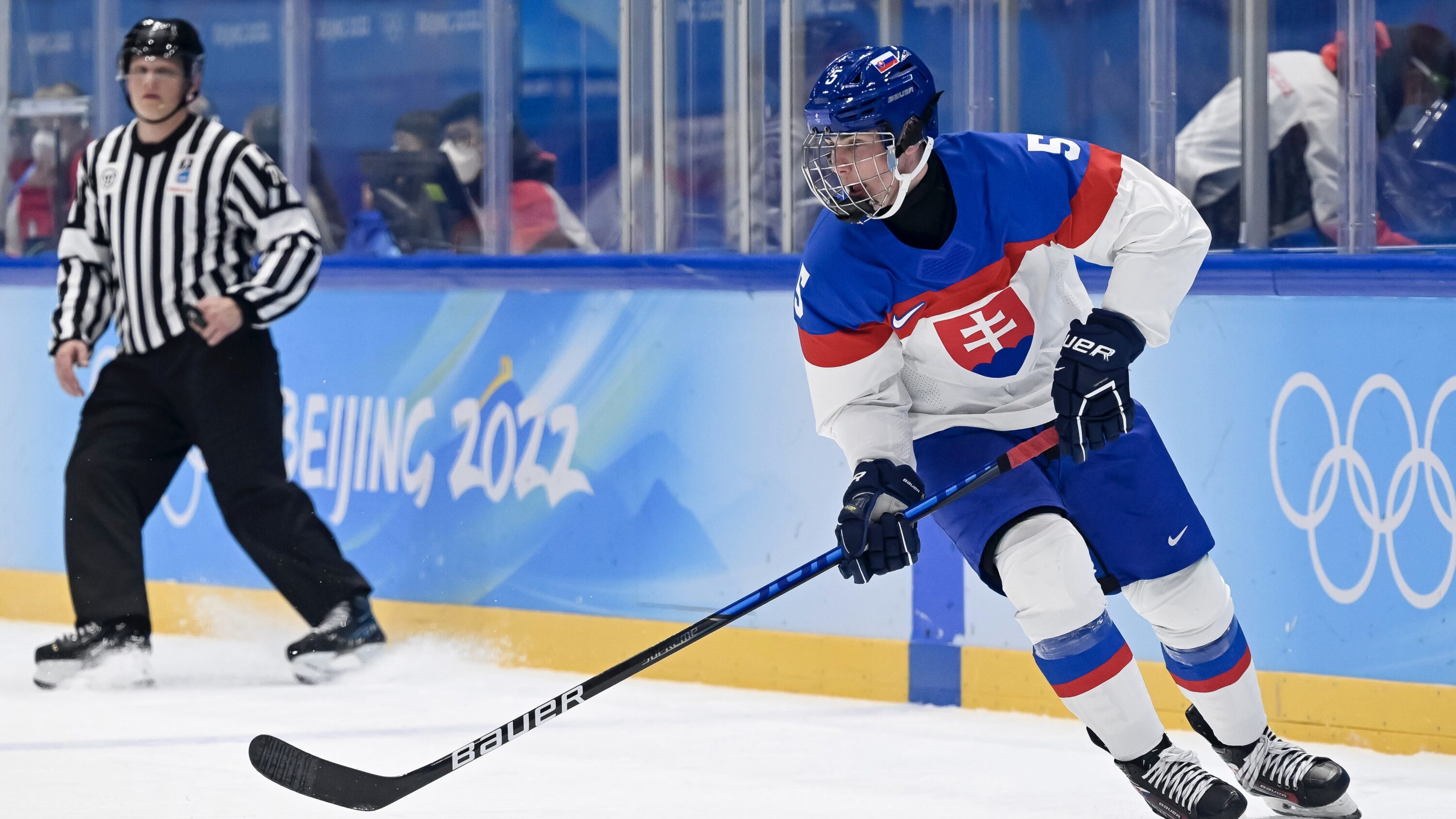 A Coyotes dark-horse draft pick at No. 3: Šimon Nemec

While the order of selection has shuffled in recent weeks, the consensus among draft analysts is that Shane Wright, Juraj Slafkovský and Logan Cooley will still be the top three picks at the NHL Draft in Montréal from July 7-8.

If that’s the case, the Coyotes will get an impact forward and maybe more. Both Wright and Cooley are centers and there has been some recent discussion that Slafkovský could also end up at center, a premium position that teams are always looking to bolster through the draft.

It’s no secret that the Coyotes have lacked top-end talent at the center position for the better part of the past two decades, but there is another premium possibility worth considering with the No. 3 overall pick, and there is a fair argument to be made for it.

Perhaps that’s why some sources have suggested that the Coyotes may be eyeing another player altogether with the third overall pick: Slovakian defenseman Šimon Nemec.

Nemec, 18, has played the past two full seasons for HK Nitra in the vastly improved Slovak Extraliga. He’s a big (last measured at 6-feet-1, 192 pounds), mobile, right-handed defenseman who has a ton of experience on the world stage, including the 2022 IIHF World Championship where he had a goal and six points in eight games during Slovakia’s 4-3 performance in Finland.

“Šimon Nemec is probably the best puck-moving defenseman of all of them,” Daily Faceoff draft analyst Chris Peters said. “He had big-time points; a great postseason for Nitra (17 points in 19 games) in the Slovakian league. They made it all the way to the final and he was a big part of that.

“He’s not as big as (defensive prospect David) Jiříček but he’s got some good shiftiness, his skating is of a similar quality; very cerebral in how he moves the puck. I think that defensively he’s going to continue to need work, but definitely a good offensive tool kit.”

The Athletic’s Corey Pronman thought that Nemec could improve his draft stock with a good world championship, which is what Nemec had as the Slovaks lost to eventual champ Finland, 4-2, in the playoff round. The Coyotes scouted that tournament heavily, as well as many Extraliga games in which Nemec played. Per sources, they came away very impressed.

There is fair reason to believe that the Coyotes could lean in this direction. When he spoke on break-up day after the season, top defenseman Jakob Chychrun made it clear that he was not happy that the team was going through another rebuild.

“It seems like every time we get to a point where it looks like we’re gonna be getting there, it just gets torn down again,” Chychrun said. “That was kind of tough on me a bit this year, just naturally as a human being and a competitive person.”

Chychrun hasn’t gone so far as to demand a trade, but his representation has made it clear to GM Bill Armstrong that he is open to that possibility; even hopeful that it will happen.

“I’m signed for three more years so we’ll see,” Chychrun said. “The trajectory of where the team is going and a lot of that stuff is important to me. I want to be in a position where I’m getting ready to play a week from (the end of the regular season), not packing up and leaving the boys. That’s really the biggest thing for me is just having that competitive drive in me; a burning desire to win a Stanley Cup.”

The Coyotes tried to trade Chychrun at the trade deadline but Armstrong’s asking price is high and teams were not willing to meet his demands. Armstrong will try again ahead of the NHL Draft when more teams will be in the mix for Chychrun’s services. If he succeeds in moving what once looked like a core piece of their future, consider what the Coyotes have left on the blue line.

JJ Moser, a 2021 second-round pick, was a pleasant surprise this past season, but his upside is probably no higher than a second-pair defenseman. The ceiling is likely no higher for Vladislav Kolyachonok. Dysin Mayo was a big minutes eater on an injury-riddled club, but he probably slots best as a No. 6, 5 or maybe 4 defenseman on a playoff team. The jury is still out on Victor Söderström, Conor Timmins and Emil Martinsen Lilleberg, but there is not a defenseman in the system whom analysts believe is a sure-fire, top-pair defenseman.

Nemec could be that guy.

“He’s a big, strong, smart puck mover who can skate, run a power play and eat top minutes,” one source said. “Those guys are hard to find.”

“I see Nemec as a John Klingberg-type defenseman,” Button said. “Simon is smart with the puck, nifty, sharp, crafty, deceptive and extremely competitive. Don’t think you’re going to be able to get the better of Simon Nemec. You’re just not going to.”