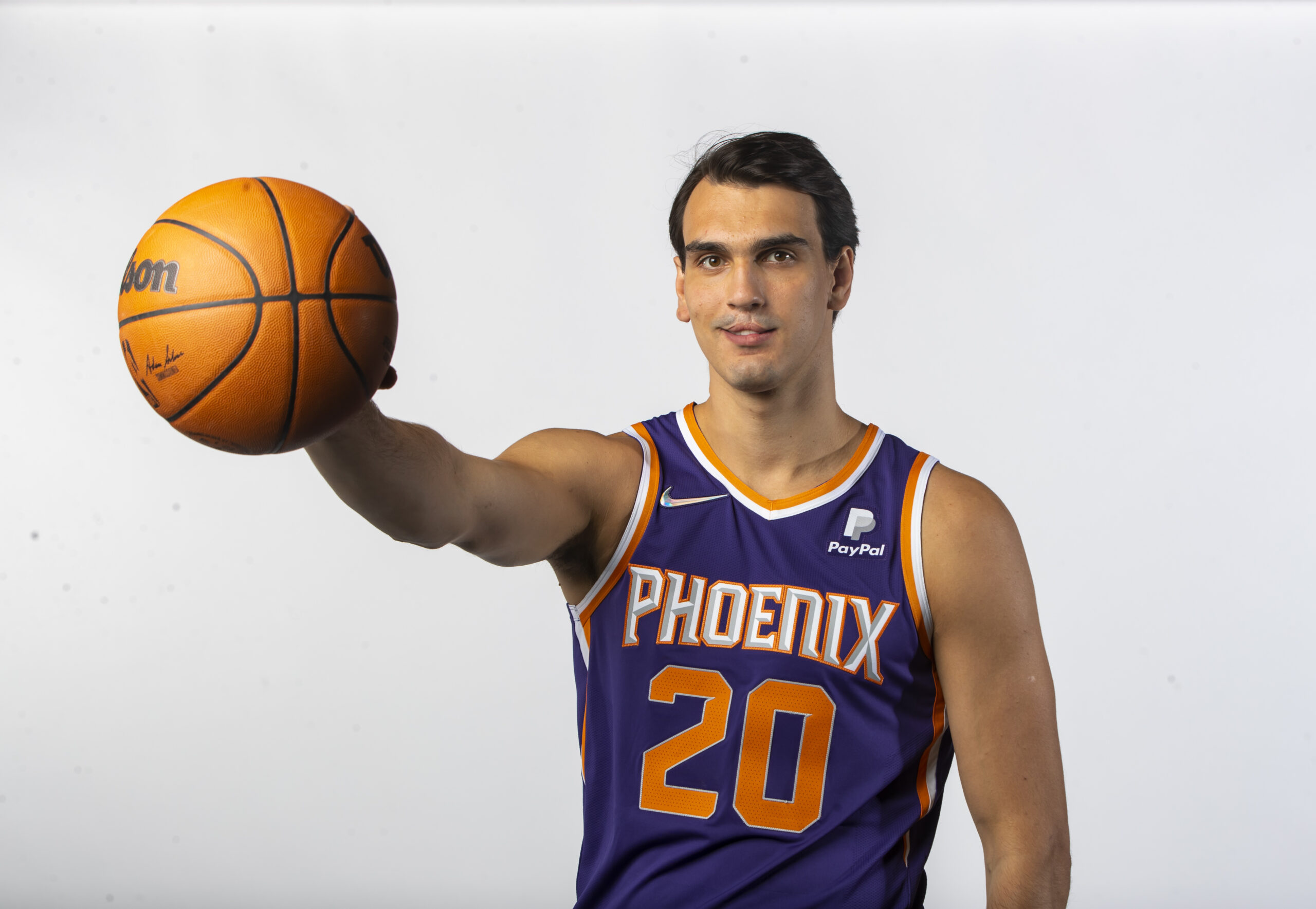 In the dog days of the NBA calendar, with NFL and college football back on the menu, it’s understandable that Dario Saric’s time at EuroBasket 2022 was not high on people’s priority lists. For the box score surfers, this was the uncommon occasion where the numbers were almost perfectly aligned with the eye test: Saric had a very inconsistent six games for Team Croatia.

In five group stage games and the Round of 16 loss to Finland, Saric averaged 9.2 points, 7.2 rebounds and 3.2 assists per game. He committed nearly as many turnovers (15) as he did assists (19), shot just 34.6 percent from the field and made only 30.8 percent of his 3s. Getting benched in crunch-time of close losses against Greece and Italy certainly didn’t help the perception that he was struggling either.

That kind of production seems alarming considering where both Saric and the Phoenix Suns find themselves at this point. The 28-year-old stretch-big is coming off an ACL tear in Game 1 of the 2021 NBA Finals, followed by meniscus surgery on the same knee back in May. He hasn’t played a single NBA minute since that devastating ACL injury, with EuroBasket being his first run in competitive, organized basketball since.

As for the Suns, they’re coming off the most humiliating playoff loss in franchise history, armed with all their draft picks, roster flexibility and expiring contracts — including Saric’s $9.2 million expiring salary — to make a big trade if one emerges.

Despite what general manager James Jones is saying publicly about the importance of Saric’s return or this group’s title hopes, any team that’s in position to contend for championships will always monitor the trade market for that final “all-in” move. There’s pressure on Phoenix to get over the hump and end a title drought that’s lasted for more than 50 years.

However, as natural as it is to feel concern over Saric’s meager production at EuroBasket, expectations should’ve been tempered from the start. It had been 423 days between that Finals injury and his first group stage game against Greece, and it showed, with Saric putting up a goose egg in 21 minutes while going 0-for-6 from the field.

Compounding the issue was Croatia’s complete lack of offensive identity outside of “let Bojan Bogdanovic cook,” as well as the fact that Saric spent a good portion of his minutes at the 4. Under Monty Williams, he’ll see most of his playing time as a small-ball 5.

Weighing all those factors, it was unreasonable to expect Saric to show up at EuroBasket and dominate after not playing competitive hoops for over a year — much like it’d be unrealistic to envision him “saving” the Suns’ second unit this year. As much as his skill-set makes Cam Payne’s life easier, the last six games have reminded there’s a certain degree of rust that Saric still needs to work off.

Fortunately, that’s the main silver lining for the Suns over the last few weeks. Even though Saric didn’t light up the box score like several other prominent NBA players, at the very least, these games served as a way to break the Homie back in.

Although Saric shot poorly, exactly half of his field goal attempts came from behind the arc, which ultimately weighed down his percentage. More importantly, he averaged 27.1 minutes per game in six EuroBasket games, and his body held up fine. Saric’s on-court value has never stemmed from his athleticism, but it was good to see him look as quick as he ever has in a Suns jersey. The eye test proved how hard he’s worked with his rehab to get back to this point, and Saric holding up physically over such a condensed schedule should be considered a win.

Even better, there were flashes of the old Dario Saric that could return if his body holds up through the regular-season grind. He made a few eye-popping moves off the dribble:

And he displayed his court vision and knack for finding open shooters on the perimeter:

Games like his 15-point, 8-rebound, 5-assist outing against Great Britain, his 15-point, 12-rebound double-double against Estonia and even his 12-point, 9-rebound, 6-assist elimination loss to Finland showed he can still contribute in a number of categories. Shaking the rust off and rediscovering how he fits in with the Suns’ second unit will be the next step, but rest assured, he’ll feel a lot more at home in Phoenix’s 0.5 offense.

Expectations for the Homie should remain tempered. As much as there’s reason for optimism, he’s still coming off two knee surgeries and hasn’t played for a year. He’s not going to suddenly bail out the Suns’ second unit or turn Payne into an All-Star.

However, even an average Dario Saric elevates Phoenix’s bench, giving them the stretch-big and “connector” they missed last year. The Suns feasted with rim-running bigs like Deandre Ayton, JaVale McGee and Bismack Biyombo, but when the playoffs rolled around, they badly needed someone who could provide a different look at the 5.

Saric can still do that, as long as his body holds up and he shakes off the shooting rust that plagued him over the last few weeks. Hopefully EuroBasket was just the first step in doing so.