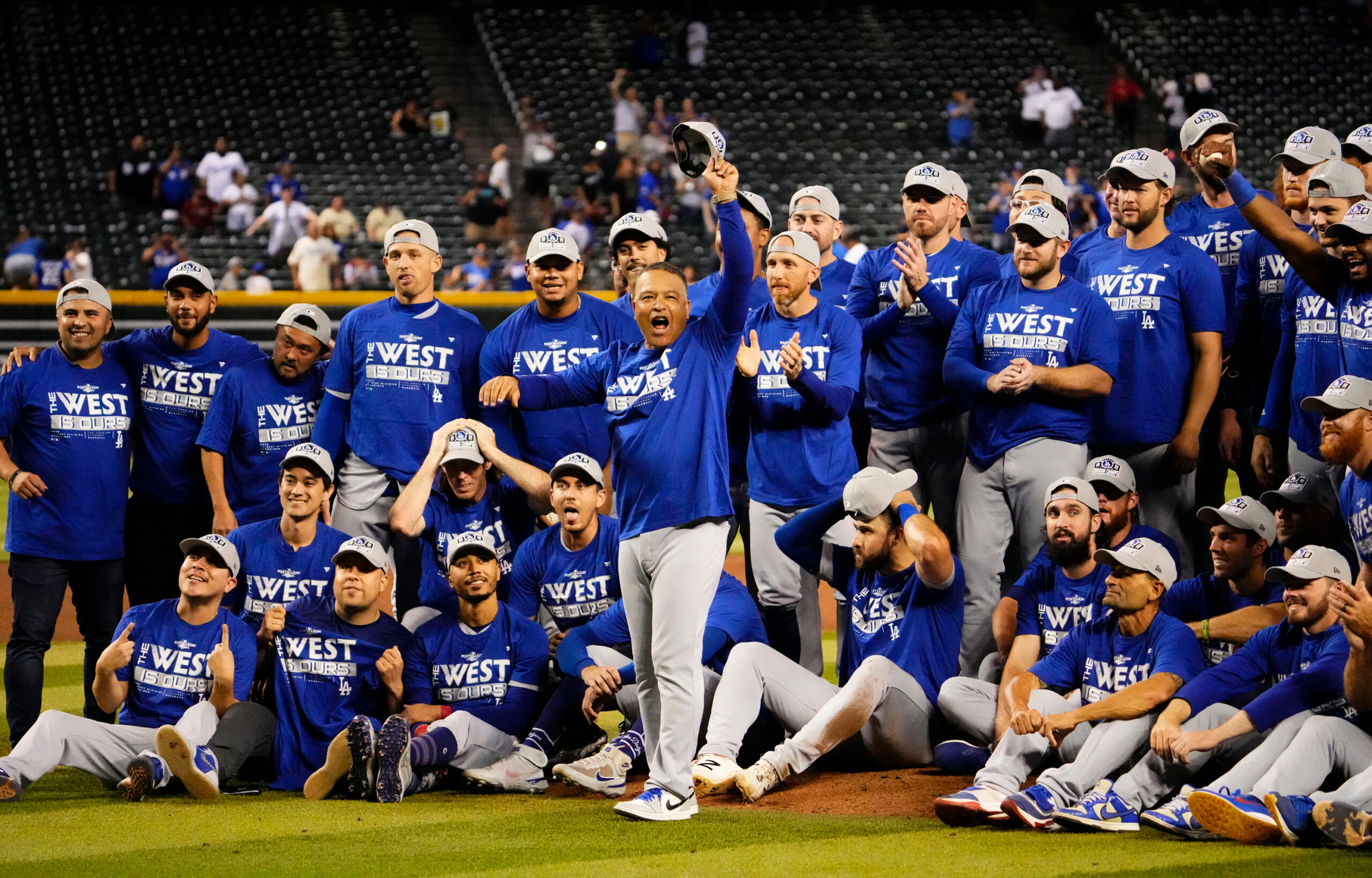 The last two months of Diamondbacks baseball have sparked hope. Even after a recent skid, the team is still 26-23 since the All-Star break. They are young, fast and excellent on defense. At times, it has seemed like they are nothing more than a decent bullpen away from leaping back into contention in 2023.

Unfortunately, the Diamondbacks know as well as anyone that nothing staves off positive vibes quite like a series with the Los Angeles Dodgers, against whom they have now dropped 10 straight games. Tuesday’s loss was likely the most memorable of all, as the Dodgers clinched their ninth NL West title in the past 10 years.

“They’re relentless,” Tuesday’s starting pitcher Merrill Kelly said after the loss. “There’s a reason why they just clinched the division with the 20-whatever games we have left.”

When Christian Walker lined out to end the game, the Dodgers’ celebration ensued. Most everyone in the Diamondbacks’ dugout made a quick exit, but a few — including manager Torey Lovullo — stayed back to watch and reflect.

“I want everyone to remember that.” Lovullo said. “I got a picture in my mind of what it looks like, and I’m hoping everybody else does, too.”

Relative to the 2013 division title celebration that saw the Dodgers invade the Chase Field swimming pool, Tuesday’s on-field celebrations were relatively modest. For a team that has only whiffed on one division title in the past decade, perhaps division title pennants have started to feel like participation trophies. Nonetheless, there were plenty of smiles, T-shirts, hats, a few dance moves — and, of course, a much more lively celebration in the confines of the visitor’s clubhouse shortly after.

What was not at all modest was the crowd that came to support the Dodgers on Tuesday, as the vast majority of the reported 21,143 in attendance donned Dodger blue. That phenomenon is not unusual at Chase Field — it was the exact same story the night prior — but manager Torey Lovullo did not shy away from expressing his distaste.

“I want it to be our fans. I wish it was, but we’ve got to earn that. We’ve got to make our fans come out here and enjoy our brand of baseball, and when we start doing it and winning baseball games, they’ll come out here. We know they’re here. “

In some ways, donning Sedona red at Chase Field with the Dodgers in town has become something of a bold move. Do you really want to watch the Dodgers showcase their league-wide transcendence while trapped in a sea of their rambunctious fans?

For casual D-backs supporters who just want to have a good time, it could be a hard sell. As long as the Dodgers are the clearly superior team, that will be difficult to change.

Nonetheless, it was not that long ago that the Diamondbacks and Dodgers had some semblance of a rivalry, when tension on the field was met with tension in the stands. Former Diamondbacks reliever Archie Bradley was not shy about defending his home field in 2017 amid a tight division race: “This is our house,” he yelled, walking off the field after a dramatic third out.

There is no getting around the fact that the the Diamondbacks have not seriously challenged the Dodgers in the division since late 2018, when a September meltdown coughed up a once-secure NL West lead. The talent gap between the teams has grown significantly since then. Lovullo knows his team has a long way to go.

“The Dodgers are the Dodgers. They’re not going anywhere,” Lovullo said. “We go out there and watch them. Hopefully our eyes tell us a story about what it’s going to take to close up that gap as quickly as possible.”

The Diamondbacks are heading in the right direction. Their current roster isn’t ready to compete with the Dodgers, but it’s getting easier to see how the team could pose problems for LA in the not-too-distant future. Lovullo, whose 2023 team option was recently picked up, has his eyes set on making that happen.

“It’s going to be our turn,” Lovullo said. “We’ve got a lot of work to do between now and then.”