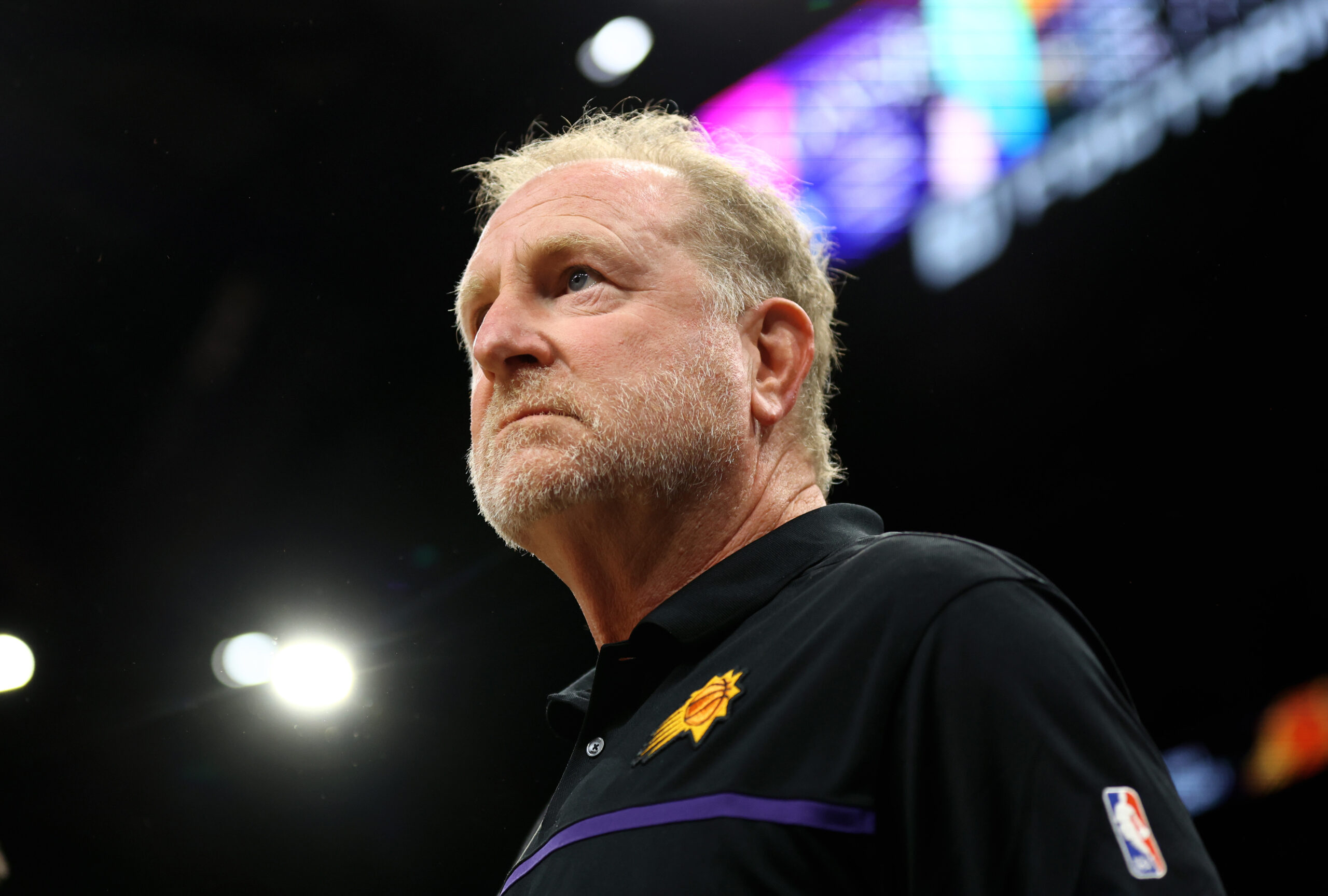 On Tuesday morning, the long-awaited findings from the NBA’s independent investigation of Phoenix Suns owner Robert Sarver were announced. In a 43-page report, the investigation corroborated numerous accounts of Sarver that should have pointed to a pattern of racially-charged, misogynistic behavior.

According to the NBA, however, they simply exhibited a “sophomoric” and “awkward” sense of humor unfit for the workplace.

That indefensible view is prevalent throughout the NBA’s report. Despite the investigation confirming accounts that Sarver used the N-word at least five times, engaged in inappropriate verbal conduct toward female employees, engaged in inappropriate physical conduct toward male employees and berated employees in a work environment that was described as “harsh,” “demeaning” and “toxic,” the NBA’s punishment is sorely insufficient.

Sarver will be suspended for one year from all Suns and Phoenix Mercury events, facilities and offices, and during the course of his suspension, he will complete a training program “focused on respect and appropriate conduct in the workplace.” He’ll also be fined $10 million, which is the maximum amount based on the league’s bylaws, with that money funding “organizations that are committed to addressing race and gender-based issues in and outside the workplace.”

Make no mistake about it, though: The NBA’s punishment for Robert Sarver is nothing more than a slap on the wrist for a multimillionaire and a slap in the face for those who had the courage to come forward.

Despite an investigation that interviewed 320 people, reviewed 80,000 documents, emails, text messages and videos, and confirmed accounts of Sarver engaging in racist, sexist and generally demeaning behavior that trickled down from the top, the NBA sent its message to every single victim of this hostile, uncomfortable work environment:

Never mind that using the N-word, yelling and cursing at subordinates, or repeatedly making lewd sexual comments to employees would be a fireable offense in almost any healthy work environment. Never mind that Sarver told a coach in 2016 that he “hated diversity,” asked a female employee if she got “an upgrade” over the summer after her breast augmentation, or told another female employee she needed to “get out of here…you’ve never seen anything this big” while preparing to take a shower. Never mind that he stood naked in front of a male employee exiting the shower, de-pantsed another in front of co-workers during the Suns’ ALS Ice Bucket Challenge, or sent emails to employees with pornographic content.

These examples are just the tip of the iceberg for Sarver, but in the end, nearly two decades of problematic and inappropriate workplace conduct amounted to a one-year absence from his teams and a fine that’s worth about one percent of his net worth.

All while the Suns continue to appreciate in value as a title contender, and the NBA tells the world that it will tolerate sexism, racism and misogyny in the workplace.

That’s just not good enough. It’s a shameful outcome for the employees who had to endure that kind of degrading behavior for years, and then had to find the courage to cooperate with investigators, re-trudging through trauma under the looming threat of an infamously litigious boss. It’s unacceptable for an investigation to corroborate the majority of the accounts in ESPN’s incendiary article from last November, then turn right back around and rule there was “no finding that Sarver’s conduct was motivated by racial or gender-based animus.” And it’s insulting to think anything will actually change if he’s allowed to return a year from now.

One training program isn’t going to suddenly reform a 60-year-old millionaire who vehemently denied most of his accused wrongdoings last year, who either doesn’t understand or care about the power dynamic he wields as a weapon, and who strongly resisted even this most lenient of punishments.

Statements from Sarver and his managing partners reek of his lack of accountability or remorse. Rather than acknowledge the wrongdoing, they almost read as vindication, focusing on the fact that the investigation “confirmed that none of Mr. Sarver’s actions or comments were based on racist, prejudiced or misogynistic intent.”

That really sounds like someone who will “learn and grow” over the course of his one-year slap on the wrist!

Sweeping change is needed within the organization, and it extends much deeper than the investigation’s feeble examples of the Suns enacting change to their policies from within. Unfortunately, those hoping for the lifetime ban that commissioner Adam Silver slapped on LA Clippers owner Donald Sterling are going to be left wanting.

There are obvious differences between the two cases; the sheer shock value of Sterling’s audio recording served as the smoking gun that put pressure on the NBA’s new commissioner to hand down a severe sentence. The players put additional pressure on the league when they removed their Clippers shirts during pregame warmups as a public protest, and the fact that the story emerged during the playoffs similarly pushed the NBA into action.

But almost any one of the stories gathered in this investigation warrants severe punishment. When stacked on top of each other, they paint a pattern of an entitled man who doesn’t care how his inappropriate words and belittling actions affect those below him. It’s white privilege at its finest, complete with a temporary scolding to try and help the league save face (and money).

This is not someone fit for a leadership role, let alone majority ownership of one of 30 NBA teams. And unfortunately, the onus is now on everyone else to hold Sarver accountable for actions he’ll barely acknowledge himself.

For the minority owners of the Suns, including Jahm Najafi, this is the time to act on any potential language in their partnership agreement that could remove Sarver as principal owner:

For the fans, a difficult question lies ahead: How do you hit the NBA where it hurts — ticket sales, merchandise, broadcast viewership — while still supporting the players? This is far bigger than basketball, but would the average fan actually be willing to boycott the team entirely — in the middle of its championship window — until the league gets the message and is forced to act?

And for general manager James Jones, head coach Monty Williams and the rest of the Suns players, the reality is, they’re now thrust into a precarious, unfair position. Chris Paul is plenty familiar with it, but most of these younger guys are in uncharted territory. A year ago, Jones opted for the “that’s not the Robert I know” approach, while Williams and the players tried to focus on basketball, neither dismissing the victims’ claims nor outwardly condemning Sarver’s actions.

Now, the investigation has confirmed many of those horrific accusations. Do Jones, Williams and the players take a united front and make a statement the league cannot ignore to denounce Sarver as owner? Or do they continue to straddle the line, deflecting questions that aren’t about basketball out of fear for Sarver’s return a year from now?

It shouldn’t be on the players to enact meaningful change or be held accountable for another man’s failures, but they brandish extraordinary power if they’re willing to make a stand. Like it or not, those questions are coming their way in less than two weeks at Media Day, and the Suns have a golden opportunity to tell the NBA what is clear to everyone else: This punishment for Robert Sarver is nowhere near enough.