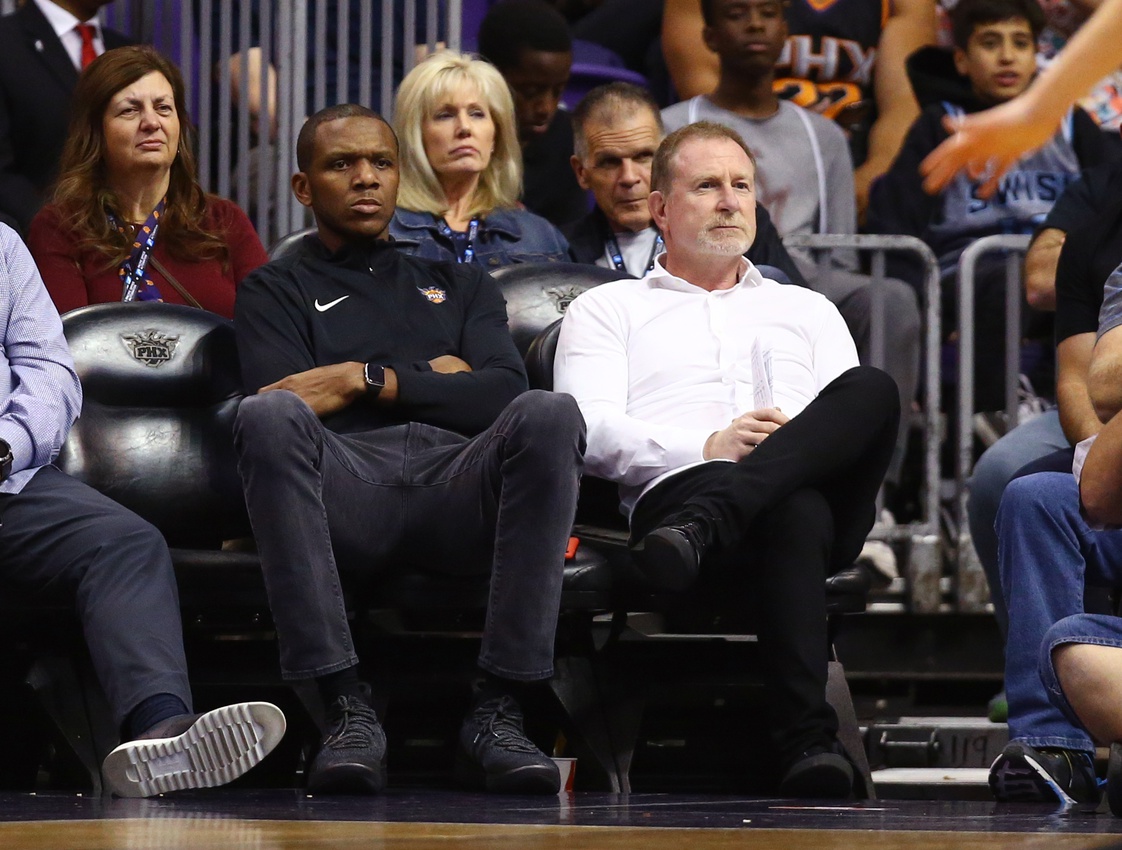 “In light of these accounts and the totality of the evidence reviewed by investigators, the investigation makes no finding that Sarver’s conduct was motivated by racial or gender-based animus.”

If you simply read that one line on page three of the 43-page report presented to the NBA by the independent investigators at the law firm Wachtell, Lipton, Rosen & Katz, you would assume that Phoenix Suns managing partner Robert Sarver was completely exonerated. If you read further, you realize that is far from the truth.

Investigators actually corroborated a majority of what appeared in the original ESPN article written by Baxter Holmes that was the catalyst for 10 months of digging through documents and emails and hundreds of interviews with current and former Suns employees. That’s not just a personal interpretation, it’s exactly what the report itself states. The investigation found that:

While those seem like bullet points in a report, they’re just the CliffsNotes of highly personal and negatively impactful moments for real people. Moments that changed the course of careers or dreams and, in some cases, destroyed them.

They’re the story of a woman accosted for being career-focused and a loving mother. A woman who could be your mother, your sister, your wife, your daughter or best friend, who was accomplished and talented. A woman who was degraded and had her worth minimized to simply breastfeeding her child.

The story of coaches simply trying to do their job while facing racial slurs and demands to fire their representation or be fired themselves. Men who had been around the league for years and had earned more respect on the court than the owner who paid them had ever earned off of it.

Stories of people living paycheck to paycheck so they could work in an industry that they have loved since their youth, scared for their livelihood due to the way they were treated on a daily basis.

The experience of female employees trying to go about their day and doing their job trying to avoid hearing about the sexual prowess or sexual organs of the man who signed their checks.

It’s the story of a stressful work environment that caused everyday people like you and me mental anguish, anxiety disorders and physical illness.

But, hey, it wasn’t “motivated by racial or gender-based animus.”

A one-year paid vacation and a $10 million fine is a slap on the wrist for Robert Sarver and a horrible reminder for those employees who stood up to inappropriate behavior, and in some cases, broke NDAs to do so.

This isn’t a storyline in Succession where we can watch the chaos and simply shrug off the collateral damage. This is real life with real repercussions.

It wasn’t just Sarver who failed these individuals, it was the entire organization. It was the human resources department that was known for its “ineffectiveness and failure to garner the respect and confidence of Suns employees.” It was the leaders who perpetuated the behavior, the ones who turned a blind eye and those employees, myself included, who didn’t do enough in the moment to stand up to it.

It’s tough to simply take the organization at its word that it has grown and learned despite its public statements to that tune Tuesday.

“The NBA’s findings concerning the organization focus, for the most part, on historical matters that have been addressed in recent years, including through meaningful enhancements to our workplace compliance program.

At the direction of senior leadership, we have strengthened our culture and focused on creating a workplace where everyone feels included and valued.”

Why is it tough to believe?

Because of the Suns’ contradictory statement posted on Twitter on Oct. 22, 2021 and subsequently deleted on Sept. 13, 2022. A statement that read:

“We understand that an outlet is considering publishing a proposed story that makes completely baseless claims against the Suns organization concerning a variety of topics. Documentary evidence in our possession and eyewitness accounts directly contradict the reporter’s accusations, and we are preparing our response to his questions. We urge everyone not to rush to judgment here.

Especially based on lies, innuendo, and a false narrative to attack our organization and its leadership.”

How can an organization both address these issues “in recent years”  while also claiming that what was reported, and later was corroborated, was “completely baseless” and that it had “documentary evidence” to prove it wrong?

The simple answer is, it can’t.

Real change is required and will only come if the Suns’ sponsors, minority owners and players stand up and say that the behavior and the willingness to normalize it won’t be tolerated.

Otherwise, they’re all accepting that things were bad under Robert Sarver but not “motivated by racial or gender-based animus.”  They are personifying the legal version of “boys will be boys.”

Greg "Espo" Esposito has been many things but conventional has never been one of them. He's our VP of Content and the host of the PHNX Suns Show. Prior to joining the team he worked for Arizona Sports, SB Nation and the Phoenix Suns as a writer and postgame radio host. He's a proud husband and #GirlDad.