Cam Payne and the Phoenix Suns’ bench felt like areas for concern heading into 2022-23, but both have played better than advertised. The problem is, Payne hasn’t entirely been a consistent member of that second unit yet.

The reason? Injuries and one public trade request have dealt significant blows to the Suns’ depth, forcing Payne, Torrey Craig and a few others into more prominent roles. In the long-term, that’s certainly not a bad thing. Even in the short-term, Payne has performed admirably in Chris Paul’s stead.

Wednesday’s blowout win over the Golden State Warriors was a pristine example of that, as Payne finished with a career-high 29 points and 7 assists while shooting 9-of-17 from the field.

“He hooped,” Mikal Bridges summed up. “Little Turbo, man. Just playing with pace and he worked so hard. I’ve just known him for all these years and how hard he works, it’s just, he’s stepping up. C goes down and he comes and steps up, just playing how he’s supposed to play.”

While Paul deals with a sore right heel, Payne is averaging 20.1 points and 6.0 assists per game in four starts this season. The question now is whether Payne will be able to keep it going once he reverts back to his normal bench role. After all, we have seen this before.

In 12 starts filling in for an injured CP3 last year, Payne put up 14.0 points, 9.0 assists and 4.0 rebounds per game. It was a welcome bright spot in an otherwise dreary season for the Suns backup, and it sparked hope that an extended run with the starters would help him rediscover his groove when he eventually moved back to the bench.

That never happened. Payne was so bad during Phoenix’s disappointingly short playoff run he wound up getting benched in the second round. However, through the first month of the season, there’s renewed hope that “Turbo” has found momentum again.

Through his first 12 games, Cam Payne is averaging a career-high 13.3 points and 4.1 assists per game, shooting 43.1 percent from the field and 41.9 percent from long range. Even before dropping 29 points on 6-of-10 shooting from deep Wednesday night, Payne was still canning 38.5 percent of his 3s on a career-high 4.7 attempts per game.

“He’s a confidence player, and when his confidence is at an all-time high, he’s great for this team,” Torrey Craig said. “His energy and what he brings, we need it every night. So it’s good to see him get back to himself, and hopefully he can keep it up.”

Granted, these are small sample sizes we’re working with, but Wednesday was just the fourth game in Payne’s career where he made five or more 3-pointers. A bounce-back shooting year is exactly what Phoenix needs in general, but especially so with Paul out and Devin Booker shouldering more of the ball-handling and playmaking duties.

“It’s a new role for him, and he’s coming in playing well,” Booker said. “He’s taking a lot of pressure off me. Teams are trying to stunt, and he’s aggressive off the catch, and that’s what we need out of him.”

Wednesday night was case in point, as Payne enjoyed wide-open 3s on both catch-and-shoot looks and pull-up opportunities. And unlike last season, he’s been more effective in cashing in.

Through 12 games this year, Payne is canning 47.4 percent of his open 3s and 40.5 percent of his wide-open looks. He’s also making 39.5 percent of his catch-and-shoot 3s — higher than last year’s 36 percent, but still well below the 48.9 percent he shot on those looks in 2020-21. A lot of his problems last year stemmed from not being able to capitalize on quality looks, and Payne is moving closer to where he used to be.

Payne is also taking a higher percentage of his shots from beyond the arc again, which inches his shot profile closer to that of his breakout season, per Cleaning The Glass.

In four games with the starters, 57.8 percent of Payne’s points have come off 3s, compared to just 39.5 percent when coming off the bench. Even with Paul and Cam Johnson sidelined, playing alongside offensive threats like Booker, Mikal Bridges and Deandre Ayton has freed up Payne to get more high-quality looks.

The confidence this stretch has imbued in Cam Payne may be perceived as something of a double-edged sword. It’s encouraging to see him re-establishing his rhythm, and he’s done a great job filling in for Paul, but the difference between his production with the starters and his numbers off the bench might lead one to believe he’s been better simply because he’s playing with superior talent:

“The opportunities for him to lead that second unit, they’ve been there for almost four years now, so he should be acclimated to the role,” Williams said. “Cam brings scoring, speed, and he always brings an attitude to the position. We’d like to see consistency there, and that’s what we’re looking for from that spot.”

There are a few ways Payne can push toward that type of reliability once he returns to the second unit. The first one is taking care of the ball. Payne is averaging 4.1 turnovers per 36 minutes in eight games off the bench, but only 1.9 turnovers per 36 with the starting five.

Williams has mentioned the Suns need Cam Payne to score with that bench group, but finding the appropriate pace as a point guard nicknamed “Turbo” brings a few challenges. Payne’s been working with assistant coach Jarrett Jack on learning to push the tempo while staying in control, starting on the floor together before watching film to work out some of the nuances.

“The balance is tough when you can score the ball like Cam,” Williams said. “I think he’s been much more controlled so far this year, especially when he attacks the baseline. Last year, he got himself into trouble attacking the baseline with his left hand and he would leave his feet and try to make that pass. Now he’s got control of the ball, and he’s been in the lab with Jarrett Jack a ton working on that.”

The results have been somewhat mixed. Payne is shooting a surprising 11-for-23 on floaters this season, according to NBA.com, which is a great percentage.

Unfortunately, he hasn’t been very efficient when he gets into the trees, shooting just 42.9 percent on shots inside of five feet from the basket.

That’s a terrible conversion rate, and even worse, he’s only making 40 percent of his field goals on drives. Among the 76 NBA players averaging at least 7.5 drives per game this season, Payne ranks 66th in field goal percentage, per NBA.com.

Even when he’s missing, however, the Suns persistently encourage Payne to remain in attack mode. The shots may not fall at an efficient clip around the rim, but putting pressure on the defense by staying aggressive opens things up for everyone else.

“His injection of speed on both ends just helps us play at a different pace,” Williams said. “Him understanding when to go and when to pull up, that’s something you don’t want to hamstring anybody in that box.”

“That’s what we’re telling him to do, push the pace,” Booker agreed. “Need him scoring, making sure everybody’s involved at the same time. I know it’s not the easiest job, but he’s been doing a really good job with it and just continue to grow, continue to execute and lead the team.”

The ability to get downhill and increase tempo is crucial for the Suns — with or without Chris Paul. There’s no question Payne’s energy is infectious, especially when he gets it going at home and earns the vocal support of the crowd.

“One thing’s for sure, when I wasn’t playin’, our energy was kind of down,” Payne said. “I don’t know if it’s me being hype or whatever, but I know that’s just something I bring to the table for my team: energy, laughter. When the game starts, I’m locked in. But outside of the game, I’m always trying to be a good-spirit guy.”

Contrary to popular belief, progress isn’t linear. Wednesday was perhaps Payne’s best performance since Game 2 of the 2021 Western Conference Finals, but just the game prior, he shot 4-for-17 in a loss to the Miami Heat. The Suns coughed up a 13-point lead in the fourth quarter, and Payne’s 1-for-7 shooting in the final period played a key role in Miami’s run.

By and large, though, Payne’s numbers are up across the board, and much closer to where he was two seasons ago, when he was one of the league’s best backup guards. Finding the right poise and balance with a change-of-pace, score-first point guard isn’t easy, especially when vacillating between the starting five and the bench, but it’s what the Suns need right now.

And who knows? Maybe finding that harmony of scoring and playmaking will translate back to the second unit this time around.

“That’s probably a misconception when you call a guy scorer, you tend to think they’re selfish or aggressive all the time,” Williams said. “I wouldn’t say that about Cam. There’s games where he has 7+ assists, and he still has the scoring that complements that. So I like him being score-aggressive, but I also understand that he can do both, and we need it with Chris out.” 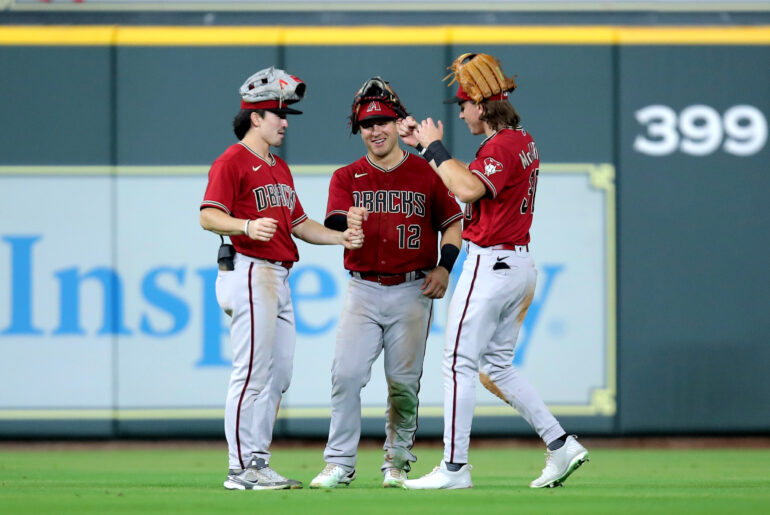