Browsing
Born and raised in Phoenix metro, Jesse’s sports broadcasting career began at the age of 12 when he impersonated D-backs radio voice Greg Schulte on FOX Sports Arizona as the Arizona Diamondbacks Kidkaster. He started writing and podcasting about the Diamondbacks shortly thereafter, and has been doing it ever since. Now, Jesse is a podcast host and writer for PHNX Diamondbacks. Jesse has a math degree and a journalism minor from Azusa Pacific University in Southern California.

The Arizona Fall League offers fans the opportunity to watch baseball’s brightest stars of tomorrow in an intimate setting. 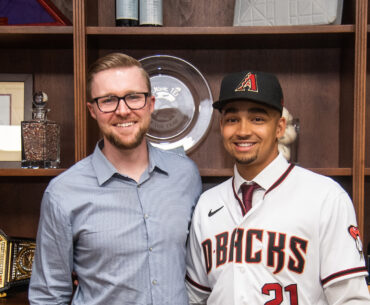 ‘This young man’s got a chance’: How Ian Rebhan became baseball’s youngest director of amateur scouting

As an assistant manager in the marketing department, Ian Rebhan wore many hats for the Tri-City ValleyCats in the summer of 2013. He attended local events. He dragged the infield in the fifth inning. On occasion, he wore literal hats — big heads, rather — resembling a local mayor for the ValleyCats’ equivalent of the Diamondbacks’ legends race.

It was Rebhan's first job after graduating with his master’s degree, and as long as baseball was involved, he didn’t really care what it was. Now, less than 10 years later, he is the youngest director of amateur scouting in Major League Baseball. 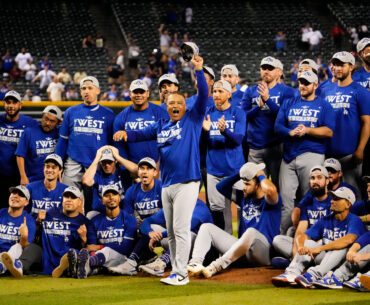 The last two months of Diamondbacks baseball have sparked hope. Even after a recent skid, the team is still 26-23 since the All-Star break. They are young, fast and easy to dream on. At times, it has seemed like they are nothing more than a decent bullpen away from potentially leaping back into contention in 2023.

Unfortunately, the Diamondbacks know as well as any team in the sport that nothing staves off positive vibes quite like a series with the Los Angeles Dodgers, against whom they have now dropped 10 straight games. Tuesday’s loss was likely the most memorable of all, as the Dodgers clinched their ninth NL West title in the last 10 years. 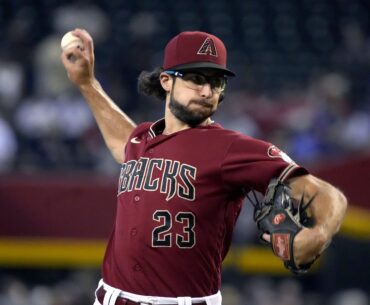 Two months ago, calling Zac Gallen an NL Cy Young Award candidate would have been like calling the Diamondbacks a Wild Card contender earlier this week. Fun to dream about, but out of touch with reality.

After struggling to the tune of a 7.31 ERA in three starts from late June to early July, Gallen had a 3.62 ERA on the season. That is more than respectable, but it wasn't the type of performance that would warrant Cy Young votes — or All-Star votes, for that matter.

When reflecting on Gallen’s first half, pitching coach Brent Strom knew there was more in the tank. 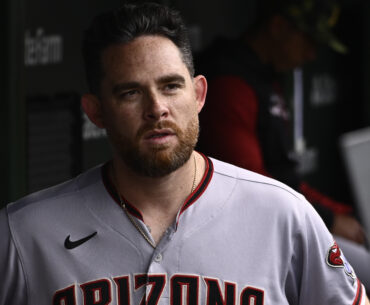 It was the bottom of the ninth on a cool Tuesday evening at Petco Park. The Padres had runners at first and second with two outs, as nervous excitement stirred in the stands. The Diamondbacks led, 5-4, and were an out away from sealing their fourth consecutive series win against a playoff contender. That out never came.

With a walk to Jose Azocar — Ian Kennedy’s second walk of the inning — the Diamondbacks’ righty had loaded the bases for Jorge Alfaro. Alfaro smacked the first pitch he saw up the middle. Two runs scored. Despite leading 5-0 half-way through the game, the D-backs lost, 6-5.

It was like a movie Diamondbacks fans had seen too many times over — the type of movie you would love were it not for that damn ending that always leaves you unsatisfied. 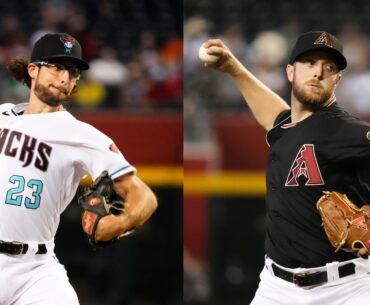 Over the last two years, Zac Gallen has enjoyed what he deemed the best spot in the Diamondbacks’ clubhouse: in the far corner, next to the lost-and-found, where few people would bother him.

That changed this year, when home clubhouse manager Roger Riley assigned Gallen to a new spot, on the southwest side of the Diamondbacks clubhouse, next to teammate Merrill Kelly. Gallen was a good sport about it.

“Alright,” he told himself. “Maybe there's some good mojo over here.” 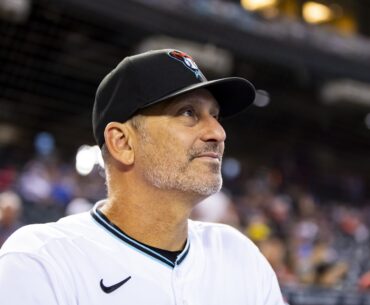 Friedman: Bringing Torey Lovullo back for 2023 was right choice for Diamondbacks

The next great Arizona Diamondbacks team is taking shape, and in 2023, Torey Lovullo will be the one to lead it. 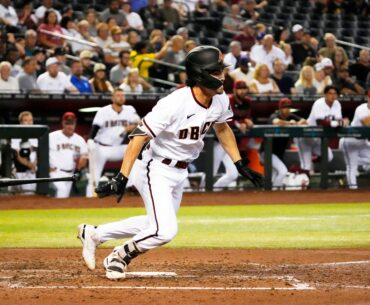 On the night of his long-awaited major league debut, Corbin Carroll came up to bat in arguably the biggest spot of the game: bases loaded, one out and the go-ahead run on third base. After working a 2-2 count, Carroll laced a well-placed slider into the left-center field gap for a double. It sent the crowd into a frenzy, brought home two runs and gave his team a 9-7 lead. https://twitter.com/Dbacks/status/1564460321951006720?s=20&t=uJdkzA5Tc17VvD_PWGQr6g Diamondbacks fans would tell you that moment was worth the price of admission. But their game ticket was worth even more on Monday. They saw the largest comeback in franchise history, as the Diamondbacks turned what was once a 7-0 deficit into a 13-7 victory against the Phillies. “When… 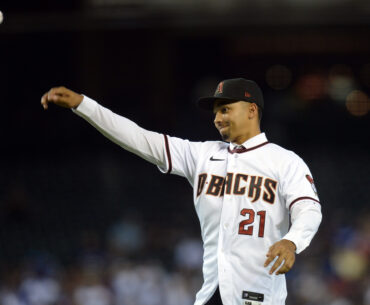 In just the last 12 days, two of baseball’s brightest stars signed lucrative long-term extensions — and neither has played a full year in the majors. It's a trend across baseball — one that the Diamondbacks may want to get in on sooner than later. 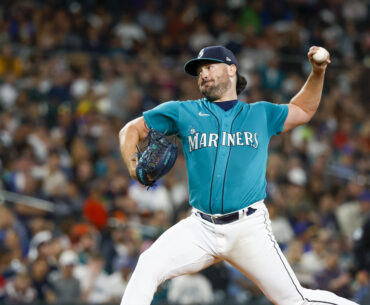 Six observations from the Diamondbacks’ 2023 schedule

With little more than a month remaining in the 2022 season, candidates for end-of-year awards are stating their cases, playoff races are intensifying and the 2023 baseball schedule is out. The 2023 season comes with some exciting twists based on the new collective bargaining agreement.