Sunday’s game was significant for a number of reasons, not the least of which was the Diamondbacks debut of former Cy Young winner and two-time All-Star Dallas Keuchel. Starting with his performance, here are five takeaways from the series loss against Detroit. 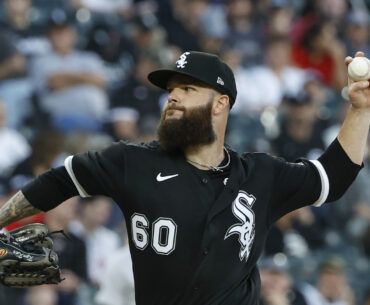 Despite an unsightly 7.88 ERA in eight starts this season for the White Sox, it hasn’t been that long since Dallas Keuchel was an elite — or at least above-average — major-league starting pitcher.

As recently as 2020, he posted a 1.99 ERA, 1.09 WHIP and .217 batting average against, finishing fifth in Cy Young voting. And you may have some recollection of his 2015 season that saw an unknown 27-year-old win the AL Cy Young Award

After signing a minor-league deal with the Diamondbacks, Keuchel has now made his first appearance in his new organization. But it didn’t happen in the big leagues. It happened in an Arizona Complex League game, facing a group of mostly 18- to 21-year-olds from the Rockies organization. Keuchel logged five innings, allowing four runs on seven hits with a walk and four strikeouts.