To this point, the Phoenix Suns are the best team in the NBA by virtually any measure.

Win percentage? Check, by virtue of a 38-9 record that has them sitting 3.5 games ahead of the Golden State Warriors in the Western Conference and a full 7.5 games ahead of any team in the East.

Two-way prowess? Checkmate, with the Suns being the only team in the top five for both offensive and defensive rating.

Throw in the fact that Chris Paul, Devin Booker and Deandre Ayton have only played in 23 of a possible 47 games together, and it’s pretty clear that if any team deserved the “best player on the league’s best team” treatment in MVP debates, it’d be Phoenix.

And yet, because the Suns have two MVP candidates, they have none.

Full disclaimer: No one is voting for Devin Booker or Chris Paul for MVP over the guys in that Joel Embiid-Nikola Jokic-Giannis Antetokounmpo-Kevin Durant-Stephen Curry frontrunner category, and it’s hard to be too upset about that.

KD is leading the league in scoring on incredible shooting splits for a top team in the East. Embiid’s posting an absurd 29-11-4 stat line on absurd efficiency and is carrying his team. Ditto for Jokic’s 26-14-8 line with the Denver Nuggets. Giannis hasn’t gone anywhere with his nightly 29-11-6 while doubling as one of the league’s most terrifying defenders for the reigning champs, and even amidst a shooting slump, Curry is posting a 26-6-5 line for the NBA’s second-best team while staying within striking distance of his own single-season 3-point record.

As much as Book and CP3 have team success on their side, their individual numbers just don’t stack up to those household names. More importantly though, it’s hard to make a case for either one as the league’s most valuable player when the guy battling right next to the other in the backcourt could make his own compelling case for that distinction.

It’s frustrating on a surface level, but it’s the nicest problem this franchise has had in a long, long time.

The last few weeks have been a prime example. After a seven-game stretch that saw Paul shoot 39 percent when the Suns were shorthanded, people’s rising concerns for the Point God were quickly replaced by infatuation with Book’s scoring streak. Paul hadn’t missed a single game for the Suns (and still hasn’t), but his crunch-time dominance and consistency for this juggernaut were all but swept up by Booker’s scorched-earth run.

The face of the franchise has put up 32.6 points, 6.3 rebounds and 4.1 assists per game on 46 percent shooting since the Toronto Raptors mascot reared its goofy head, with the Suns being a perfect 7-0 over that stretch.

And yet, the lines are getting even more blurry now thanks to Booker’s rising numbers and CP3’s inevitable knack for taking over late in games.

Against the Utah Jazz on Monday, Book finished with 33 points after notching 17 in the first quarter. But after starting the game 14-for-27, he missed his last eight shots. Paul, meanwhile, went in the opposite direction. He had just 12 points through the first three quarters before dropping 15 in the fourth.

It was a similar deal on Wednesday against the Jazz: Booker notched a game-high 43 points on 16-of-28 shooting, but only had six points in the fourth. Paul started slow with 6 points through three quarters before slapping up another 15 fourth-quarter points on Utah.

How can someone vote on Booker or Paul for MVP when it’s impossible to even determine who the most valuable Sun is?

“He’s the piece,” head coach Monty Williams explained. “Having him and Chris kind of push this thing to a different stratosphere is pretty cool, but to be able to have Book recognized in this way is special. He was one of those guys that didn’t get enough credit for how good he was because he hadn’t won the way that he wanted to, and now he’s leading the winning and still efficient and putting up the numbers.”

Paul’s 14.5 points, 10.1 assists, 4.4 rebounds and 1.9 steals per game hardly leap off the page, and they definitely don’t scream “MVP.” But even in a down year from 3-point range (33.1 percent), he’s still shooting 48.7 percent overall. The Point God is leading the league in total assists and steals at age 36, and he’s been completely unstoppable in the clutch, shooting 18-for-32 while dishing a league-high 21 assists and posting an NBA-best point differential of +71…all in keeping with the Suns’ 17-3 crunch-time record.

“That is a luxury,” Williams said. “Sometimes you use that word and it doesn’t really bring the same meaning, but it is a luxury to have the ball in his hands. He makes the right plays and he’s not afraid to take those shots.”

Measuring the two against each other, when they’re so similar yet so different in such special ways, feels fundamentally wrong. So why bother? Picking the best Suns player is a disservice to either one. It almost inherently requires making a case against the other, rather than just appreciating the greatest backcourt the franchise has ever seen.

Unfortunately, it’s because of that very reason that it’ll be virtually impossible for either one to become a legitimate MVP frontrunner. Unless something drastically changes over the second half of the season, Booker is too good of a backcourt companion for Paul to become the Suns’ leading option, and vice-versa.

So instead of wasting time arguing about Book versus CP3 in the MVP conversation, what should really be the focus is these two getting their just desserts as no-brainer All-Star and All-NBA selections. The All-Star nod should be in the bag for an 11-time selection like Chris Paul. With the Suns way above the rest of the field in the standings, that should also be the case for a two-time All-Star like Devin Booker, but then again, nothing feels guaranteed for a guy whose first two nominations came via injury replacement.

After Book’s 43-point detonation on Wednesday night made him the franchise leader in 40-point games, even Monty Williams backed up the assertion that the fan voting is highly flawed and Booker deserves to start in the All-Star Game.

“I just kind of laugh at the voting numbers when I see it at the bottom of the ticker and so many guys are getting so many more votes than him,” Williams said. “It’s laughable. When you look at what he’s done, not just of late but all season long, and the wins we have, he should be a starter on the All-Star team. And tonight was one of those games where I think he proved that point.”

For Booker’s part, he doesn’t seem to care much about the fan vote. While he’s acknowledged multiple times that it’s always an honor to be selected for the All-Star Game, he has other concerns on his mind.

“I mean, I appreciate it, but I’m not worried about that anymore,” Booker said. “I’m in a different phase of my career. Like Chris said after another game, we’re worried about getting coach in the All-Star Game. That’s our main objective, so we’re gonna keep handling business and doing what we have to do and let the politics and media popularity contest figure out itself.”

The team with the best record in each conference will see their coaching staff get the honor of coaching the All-Star Game, which Booker and Paul have both affirmed is their main objective for the break.

With a 3.5-game lead and only a handful of games before the cutoff, that goal is well within reach…and it just re-emphasizes the bigger picture.

Last year, while Paul was a shoo-in for both honors, it was regrettable Booker only got into the All-Star Game as an injury replacement, and it was downright disappointing when he was left off the All-NBA teams.

This year, although neither one has been able to separate himself from the other, the Suns’ perch atop the league standings should be enough to earn this superstar backcourt its recognition as 2022 All-Stars and All-NBA selections. Aside from long-overdue Coach of the Year honors for Monty Williams and an All-Defensive First Team nod for Mikal Bridges, that’s all this team could ask for when it comes to individual accolades.

“We’re trying to get ready for postseason, to be completely honest,” Booker said. “We talked about at the beginning of the season of just paying attention to the details. It’s us, only place where my focus is at. I always say Conference Player of the Week, Player of the Month is all a team award. I put numbers up in the past and never had one in my career, so it comes with winning games. And that’s what we’ve been doing.”

The bigger goal has always been winning a championship. Paul and Booker’s eyes remain fixated on the prize, which means All-Star bids and All-NBA selections are secondary. They’re important but fleeting honors for the individuals themselves, who would only use it as fuel if they’re slighted again. If anything, those designations mean more to a fanbase that feels continually overlooked by national media outlets.

But while the fans beat the drum that both of their superstars deserve more recognition, the Suns continue churning out wins in pursuit of the hardware that this team, this city and this fanbase craves above all else. There’s still a long ways to go, but having two viable MVP candidates who will cancel each other out in the actual MVP race is a pretty good place to start. 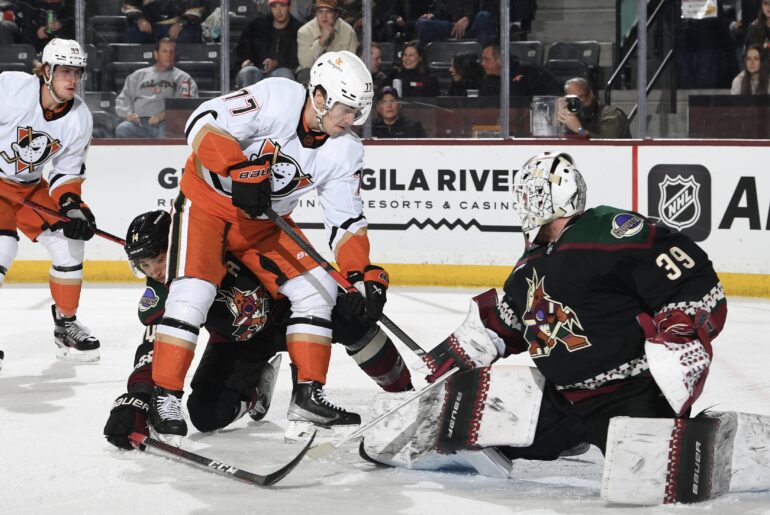