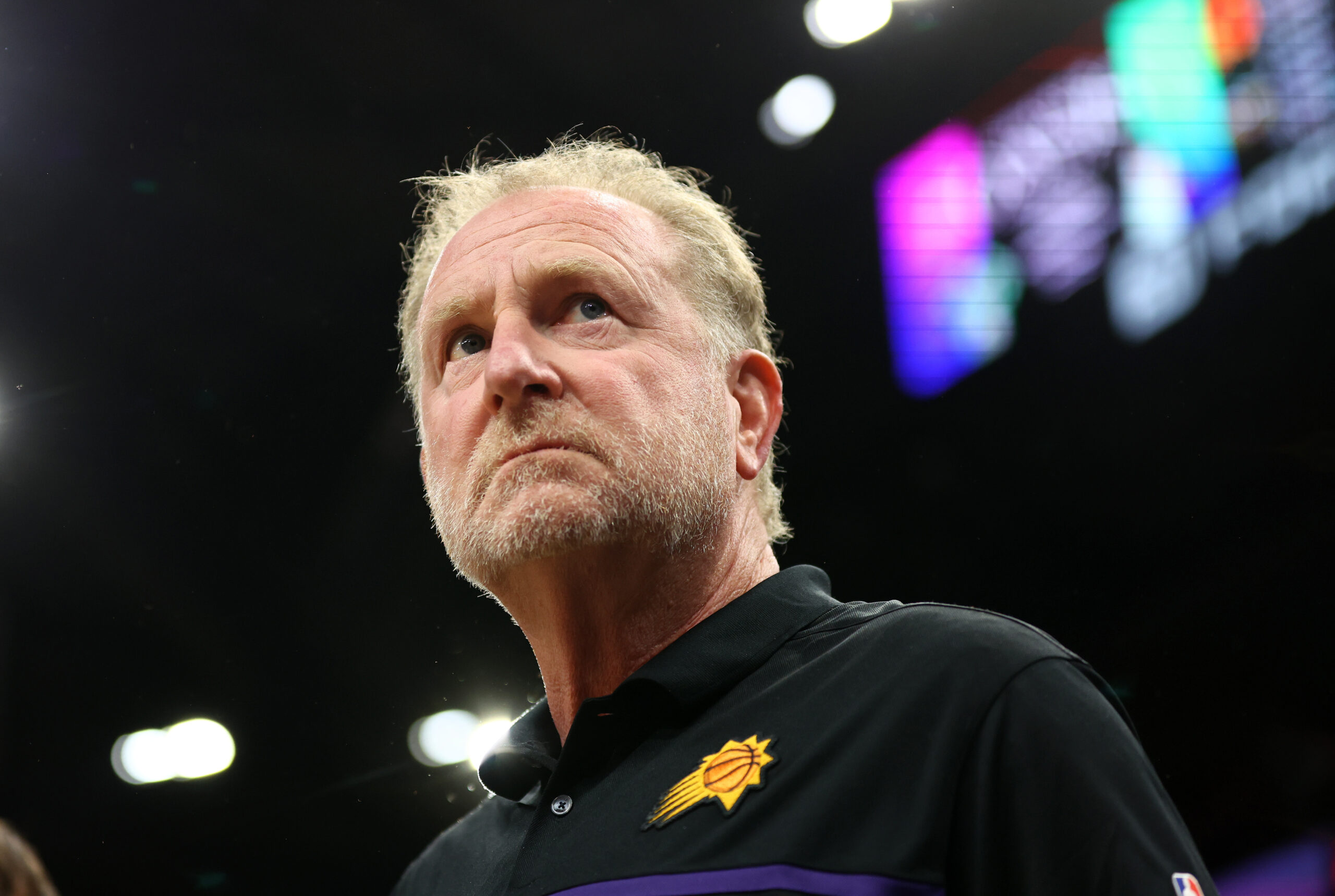 On Tuesday, the NBA came up embarrassingly short of doling out meaningful consequence for Phoenix Suns owner Robert Sarver in the wake of an investigation confirming numerous instances of racist, sexist and misogynistic behavior. Over the last three days, everyone else has begun to do their part in forcing the league’s hand toward a more severe punishment.

After the NBA’s lenient sentence of a one-year suspension, a $10 million fine and a training course for Sarver, followed by an appalling press conference from commissioner Adam Silver, the onus fell on the players to speak up, on corporate sponsors to pull out and on the Suns’ minority owners to take action. It’s hardly been a flurry of activity on any of those fronts, but the first dominoes are lining up.

On the player front, it’s been mostly quiet outside of Jae Crowder’s generic reaction and former Sun Jamal Crawford speaking out. But on Wednesday, two of the league’s biggest stars and most veteran leaders took the plunge on Twitter.

LeBron James got the ball rolling, saying, “Our league definitely got this wrong” and concluding “this ain’t it.”

The face of the NBA speaking out is huge in encouraging others to do so, as is someone from the NBPA and the veteran leader of the Suns. Tamika Tremaglio, executive director of the player’s association, released a damning statement, saying she believes Sarver “should never hold a managerial position within our league again.”

Chris Paul followed suit, saying he was “horrified and disappointed” by what he read in the Robert Sarver report and that “the sanctions fell short in truly addressing what we can all agree was atrocious behavior.”

Aside from Crowder and CP3, as of Friday morning, no other current Sun has given their thoughts on the matter. Media Day in Phoenix is slated for Monday, September 26, less than two weeks away. Perhaps the players are taking their time in coordinating how they want to approach this as a group, and whether they will take a united stand against the deplorable behavior first laid out in ESPN’s incendiary article, most of which was confirmed by the investigation’s findings.

However, it needs to be reiterated once again: As unfair as it is to put the burden to enact change on the players, they have an unmistakable golden opportunity to wield their power to maximum effect. Silver’s infamous press conference made it clear that unless you hit the NBA where it hurts — their money — an owner can act as reprehensibly as he wants without being held to the same standard as everyone else.

If younger cornerstones like Cam Johnson, Defensive Player of the Year runner-up Mikal Bridges, max contract center Deandre Ayton and especially First Team All-NBA star Devin Booker join Paul in speaking out, that will put real pressure on the Suns’ minority partners and even the league itself to take meaningful action in removing Sarver for good.

Speaking of the Suns’ minority partners, while Sam Garvin — one of the partners who signed his name on Sarver’s statement refuting ESPN’s article last November — takes over as interim governor, another has taken a public stand.

Jahm Najafi, who holds the second-largest stake in the team and did not lend his name to Sarver’s statement last year, called for Sarver’s resignation in an open letter to Suns employees and players on Thursday.

“While I have no interest in becoming the managing partner,” Najafi wrote, “I will work tirelessly to ensure the next team steward treats all stakeholders with dignity, professionalism and respect.”

Najafi may not have a vested interest in a hostile takeover that ends with him in charge, but his willingness to condemn Sarver’s actions and potentially push for a new managing partner is another major first domino that needed to fall into place.

As Sean Highkin pointed out in The Rose Garden Report, should Sarver be removed as owner, keep an eye on former Disney CEO Bob Iger, who “has expressed interest in buying the Suns in the past and has a business investment relationship with Chris Paul.”

The other, final domino was partnerships and sponsors withholding money from the Suns, at which point there’d be room for the minority owners and even the NBA’s board of governors to act on the grounds that Sarver’s toxic leadership is costing everyone money.

To get the ball rolling, the Phoenix mayor Kate Gallego and the City of Phoenix announced they were “appalled” by the behavior illuminated in the NBA’s report and had asked city staff to “investigate any actions we, as leaders of the city of Phoenix, can take in light of the details substantiated in this report.”

Even if the city is unable to act, it was another instance of meaningful, public outcry against the Suns that could hurt their wallets. On Friday, the Suns’ jersey patch sponsor, PayPal, provided the first fiscal blow.

“In light of the findings of the NBA’s investigation, we will not renew our sponsorship should Robert Sarver remain involved with the Suns organization, after serving his suspension,” PayPal CEO and president Dan Schulman said in a statement.

According to ESPN’s Baxter Holmes, the PayPal deal was worth $3 million during the 2021-22 NBA season. According to Zoomph, PayPal’s jersey patch sponsorship generated over 881 million logo impressions during last season (only factoring in social, not broadcast), as well as over $2.2 million in brand exposure value, which ranked fifth in the league.

The PayPal deal is set to expire after the upcoming 2022-23 campaign, which puts real, monetary pressure on the Suns’ minority owners to act in their best interests.

The response from Kia, a partner of the Suns and the NBA in general, was decidedly less impressive, releasing a mere blanket statement to PHNX Sports on Thursday:

PHNX Sports has reached out to 19 additional sponsors of the Suns, including FanDuel, Footprint and Verizon for comment. As of Friday afternoon, only PayPal and Kia have responded with statements on the Sarver investigation.

It’s a sad state of affairs when the players and sponsors have to do the heavy lifting in holding a 60-year-old multimillionaire accountable for his actions, rather than the NBA itself, but that is the sad nature of this reality. Tweets from Chris Paul and LeBron James, statements from the city of Phoenix and Jahm Najafi, and PayPal holding out may not be enough to enact meaningful punishment for Robert Sarver alone, but they’re at least trying to open the floodgates.

If James Jones, Monty Williams, Devin Booker and his younger teammates speak up at Media Day and prove their talk about “culture” and the Suns being a “family” is for real, if Najafi rallies more minority owners to his cause, and if more sponsors follow in PayPal’s footsteps, that one-year suspension and $10 million fine could turn into far more dire — and deserving — consequences.