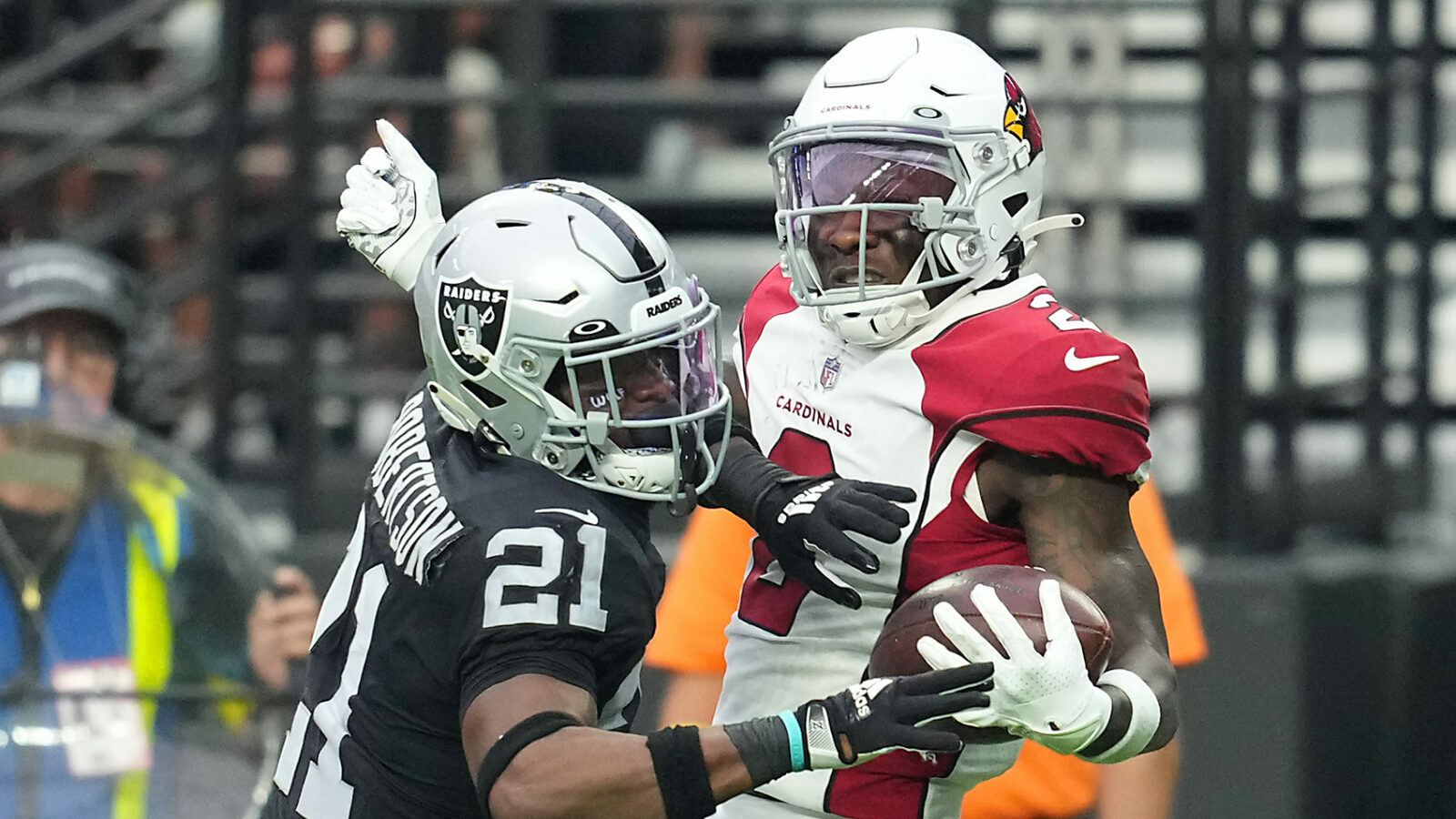 As is often the case in the NFL, or in all sports for that matter, there are unexpected heroes that make the difference in any given game.

That was surely what happened on a crazy Sunday in Las Vegas.

We expect the best players to be difference-makers when a game is on the line. And quarterback Kyler Murray certainly was otherworldly down the stretch in the Arizona Cardinals’ 29-23 overtime victory.

Aside from Murray, it was a total team effort. As Murray said, “Everybody chipped in.”

Safety Jalen Thompson, who didn’t practice on Wednesday and Thursday because of a toe injury, played all but one defensive snap and led the team with 10 tackles (seven solo) to go with one pass defensed.

Second-year linebacker Zaven Collins, wearing the green dot with Isaiah Simmons effectively benched, had eight tackles (five solo) and a forced fumble in overtime as he played every defensive snap.

Cornerback Jace Whittaker, who played only nine defensive snaps against Kansas City in Week 1, played 45 (67 percent) Sunday and had four tackles (two solo) plus a pass defensed. He was elevated from the practice squad to the roster for the first two games.

“He did a great job,” head coach Kliff Kingsbury said. “My hat’s off to him. He continues to make plays. And he always knows where to be, always knows what to do, has really mastered the defense. He helped us win that game and he played 45 snaps, which was a big, big deal for him.”

As for Simmons, he played only 15 snaps (22 percent), but on the most important one, forced the Hunter Renfrow fumble in overtime that resulted in cornerback Byron Murphy Jr.’s 59-yard, game-winning fumble return.

It is the longest overtime fumble return for a touchdown in NFL history and only the second of at least 50 yards.

Offensively, Darrel Williams and Eno Benjamin stepped up after James Conner suffered an ankle injury on the Cardinals’ first possession of the third quarter. The duo combined for 113 yards from scrimmage, and Williams scored on a 1-yard run in the fourth quarter after wide receiver Marquise Brown’s apparent 25-yard touchdown reception was reversed on replay and became a 24-yard play.

Williams rushed for 59 yards on eight carries with a long of 30 and added three yards on two receptions. Benjamin had eight rushes for 31 yards and three receptions for 20 yards.

In the season opener, Williams played no offensive snaps, but Kingsbury wasn’t surprised by his production Sunday.

“He does everything right,” Kingsbury said after the game. “I’ve told you all along. He always is where he supposed to be. Always runs the right route. Always picks up a protection. When his number is called, he plays his tail off. That’s why we signed him, that’s why we have him. Couldn’t be more excited about the game he had.”

There were many more that could be recounted, but you get the picture.

*Indicates player that did not play from scrimmage, but participated on special teams

Did not play: CB *Christian Matthew